Skip to main content
You are the owner of this article.
Edit Article Add New Article
You have permission to edit this article.
Edit
Home
News
Sports
Campus Life
Space
SciTech
A&E
Health
Opinion
Local Events
Share This
1 of 9 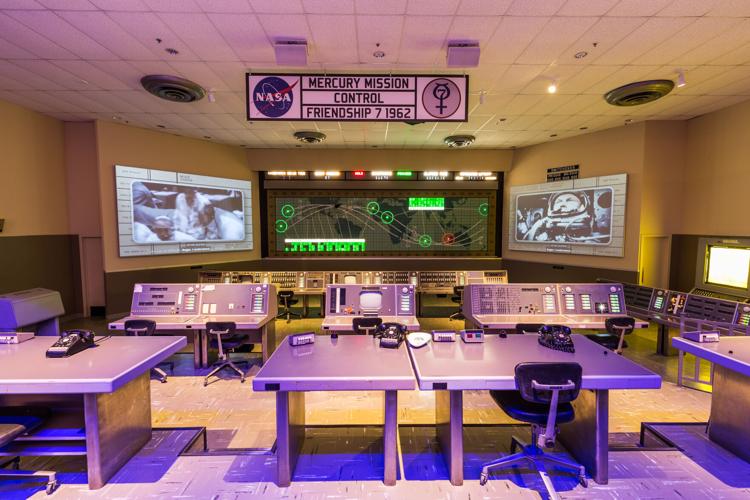 Mercury Mission Control, where some of America’s earliest space flights were controlled. 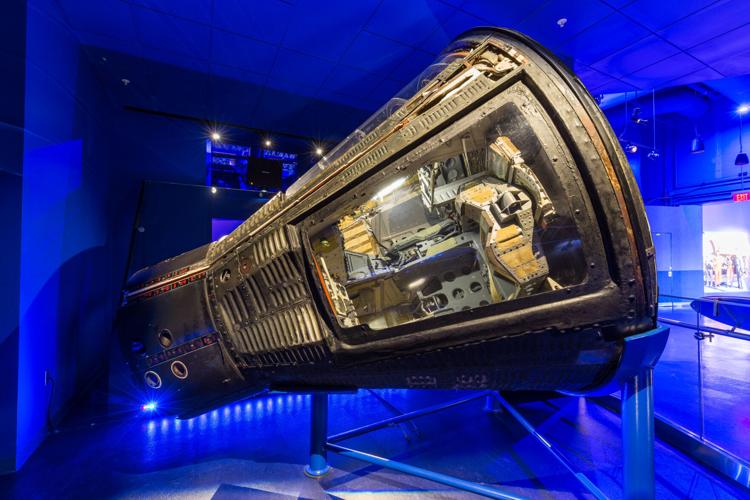 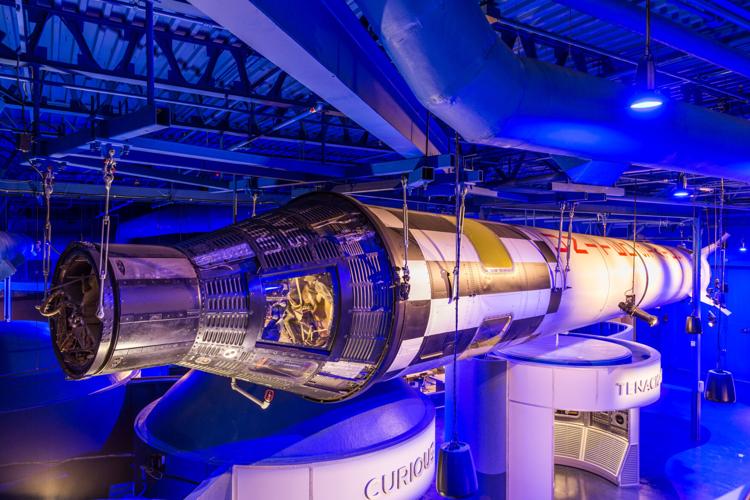 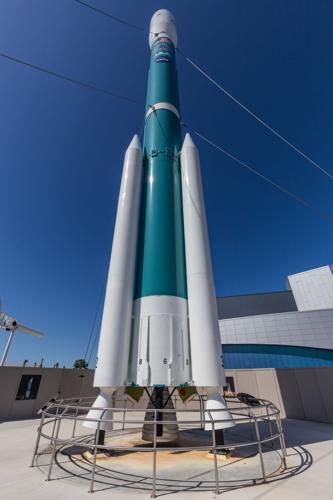 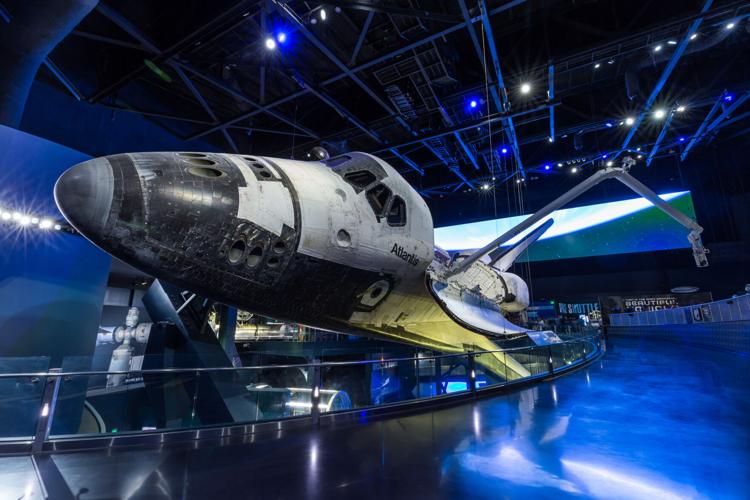 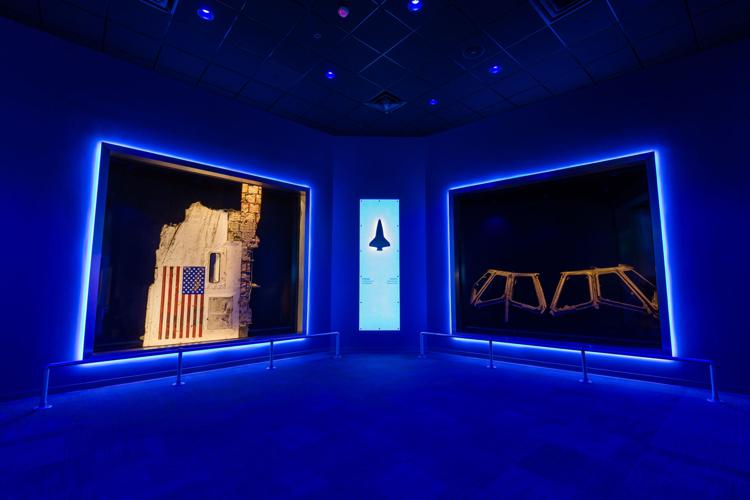 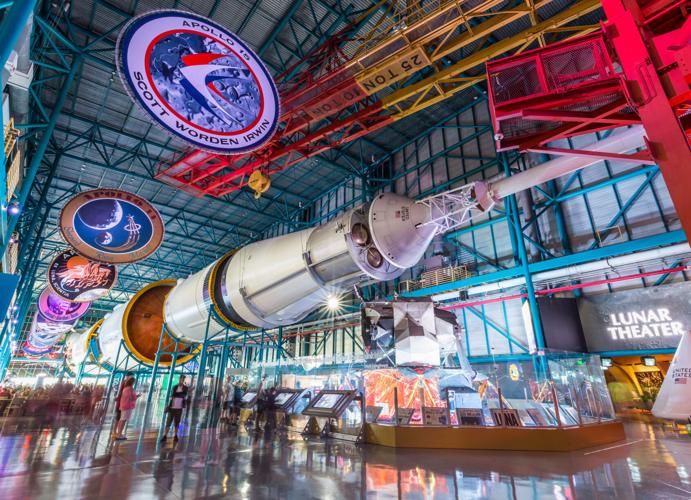 A Saturn V lies horizontally in the museum. 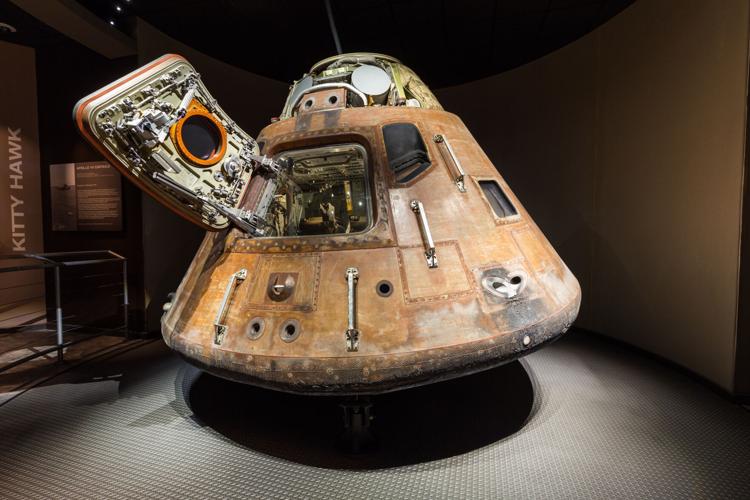 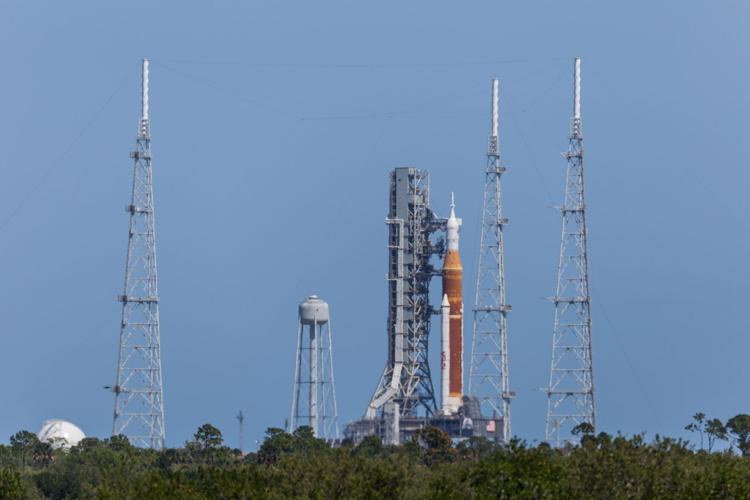 The SLS rocket, for Artemis I, seen from the Saturn V Center.

There are few places on Earth where you can walk beneath a garden filled with rockets standing tall, a space shuttle that orbited the planet thousands of times, and witness history as it happens. Just under an hour from Florida Tech, the Kennedy Space Center Visitor Complex enables anyone to experience America’s space program.

Before entering the property, across the road, stands a series of enormous blue-colored buildings. These buildings are part of Blue Origin’s orbital rocket manufacturing facility – preparing to assemble the largest rocket the company has ever attempted. Blue Origin is owned by Amazon founder Jeff Bezos, with a goal of dramatically increasing humanity’s presence in space, according to the company.

Just past the parking lot, a large countdown clock sits ticking down the time. This clock is the iconic LC-39 Press Site Countdown Clock, which stood in view of every American human spaceflight since the Apollo moon missions. Several years back, the original clock was donated to the KSCVC, and replaced with a newer, digital one, according to NASA.

"It is so absolutely unique -- the one and only -- built for the world to watch the countdown and launch," Timothy M. Wright of IMCS Timing, Countdown and Photo Services, said. "From a historical aspect, it has been very faithful to serve its mission requirements."

Just past the security screening lies the Heroes and Legends exhibit, consisting of a dedication to the American astronauts who have left earth from just miles away. Inside sits two historic flown spacecrafts, Sigma 7 and Gemini 9, components of some of the earliest crewed spaceflights. Also, the interior of the Mercury Control Center was preserved, a room that controlled America’s first missions flown by humans, including Alan Shepard and John Glenn.

As you walk outside of the Heroes and Legends exhibit, rockets tower vertically over the garden, including United Launch Alliance’s Delta II rocket, one of the complex’s newest displays. Donated by ULA, the teal-colored rocket flew 100 consecutive successful flights, launching a plethora of NASA science missions, including a majority of the Mars rovers.

“It’s great having this ULA Delta II take its place among the other historic vehicles in our Rocket Garden,” former Kennedy Space Center Director Bob Cabana said, when the exhibit was first unveiled.

“The Delta II launched so many critical NASA science missions throughout our solar system as well as to planet Earth, and now it begins its second career on a mission of inspiration for all our future rocket scientists and engineers visiting the Kennedy Space Center,” Cabana said.

A winding ramp allows visitors to walk below Atlantis, where a small memorial, named Forever Remembered, is located. Dedicated to the crews of the ill-fated STS-51L Challenger and STS-107 Columbia crews, personal effects line the walls of the entryway, a glimpse into the lives of these astronauts.

Past the hallway, to the right, lies a somber room. Inside, wreckage recovered from both space shuttle orbiters rest, a difficult reminder to the unforgiving nature of spaceflight. From Space Shuttle Challenger, a portion of the payload bay, adorned with the American flag, is upright, with obvious scorching on the tiles. To the right, the charred remains of the window frame appears to levitate; just behind the window panes, the astronauts sat. Videos in the hall play, showcasing the return to flight efforts to enable the space shuttle to launch again safely.

“I believe that it’s important to share this story with everyone, and not just push it aside, or try to hide it,” Cabana said. “These crews and these vehicles are part of who we are as an agency, and a nation. They tell the story of our never ending quest to explore, and our undying spirit to never give up.”

After departing the Atlantis exhibit, and another gift shop on the way out, visitors can walk over to the bus transportation area. Here, a series of large buses allows tourists to safely enter the controlled confines at the Kennedy Space Center, on the way to a large building overlooking some of the Space Coast’s most historic launch pads.

Called the Saturn V Center, the lengthy space holds the rocket that brought humans to the moon, still the largest ever launched successfully. The Saturn V rocket lays horizontally, and is broken apart in stages, allowing viewers to observe the vast complexities in the engines that powered this enormous vehicle to the stars. Below, small rooms split off, with historic artifacts that have been to the moon, like the Apollo 14 capsule and various space suits.

Outside, a premier launch viewing spot in of itself, bleachers line the field on the water, overlooking multiple launch pads. Currently, the SLS moon rocket is clearly visible on Launch Complex 39B, preparing for the maiden Artemis flight this summer, according to NASA.

Buses are also used to return to the main visitor complex outside of controlled areas. The 10 minute ride allows tourists to view the vast wildlife throughout the facility, a large wildlife refuge, with many alligators along the way.

Currently, according to their website, daily admission is $57 for adults, for only one day. Annual passes cost $96, which includes free parking. Parking costs $10 for those without an annual pass.

A visitor should expect to spend the entire day at the center to fully appreciate all the exhibits and the transportation to and from the Saturn V Center. For days with a rocket launch, the KSCVC often sells additional add-on tickets for further up-close views. With SLS on the pad and opportunities for special interest tours constantly changing, the next few weeks are perfect for a visit to this local attraction.