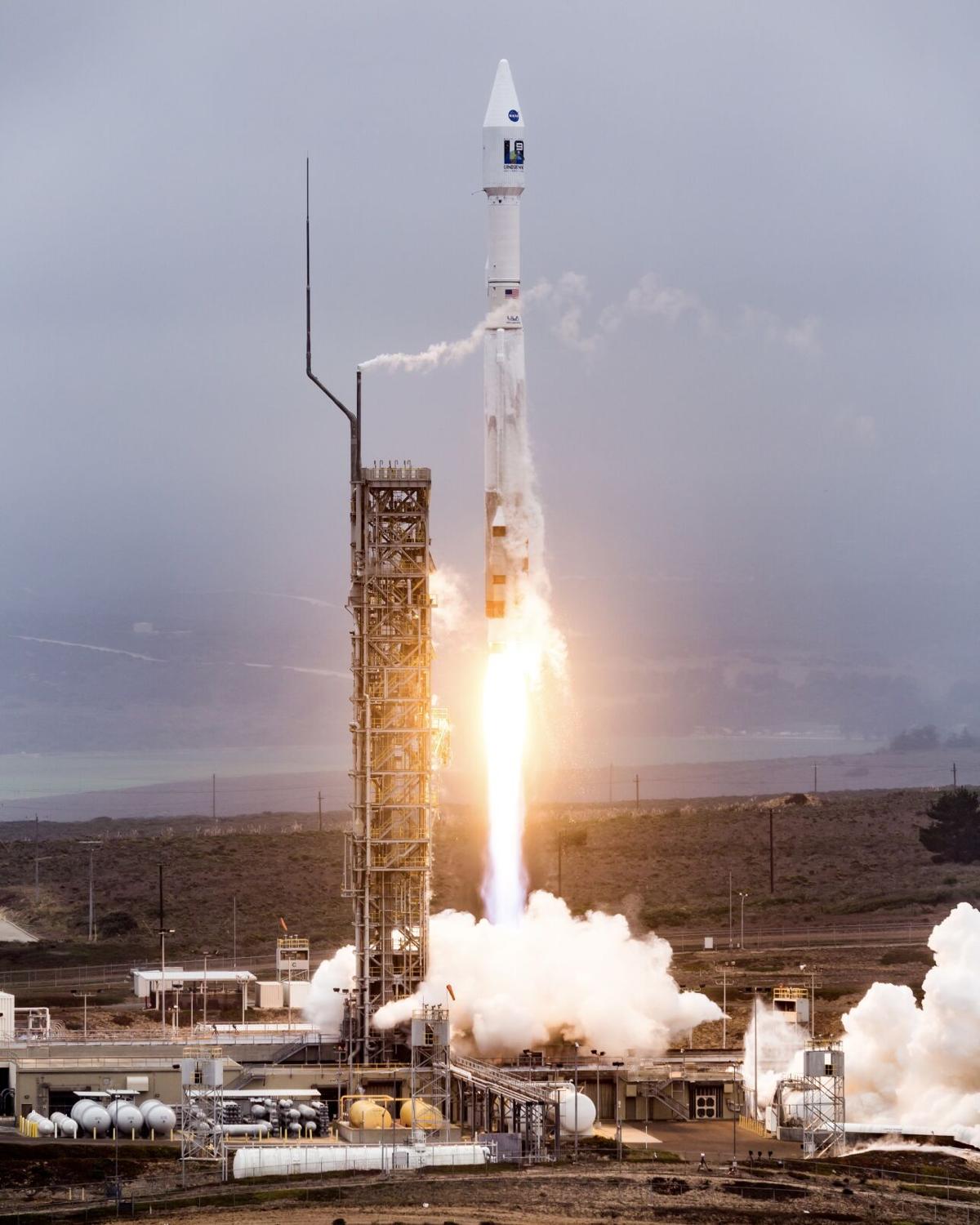 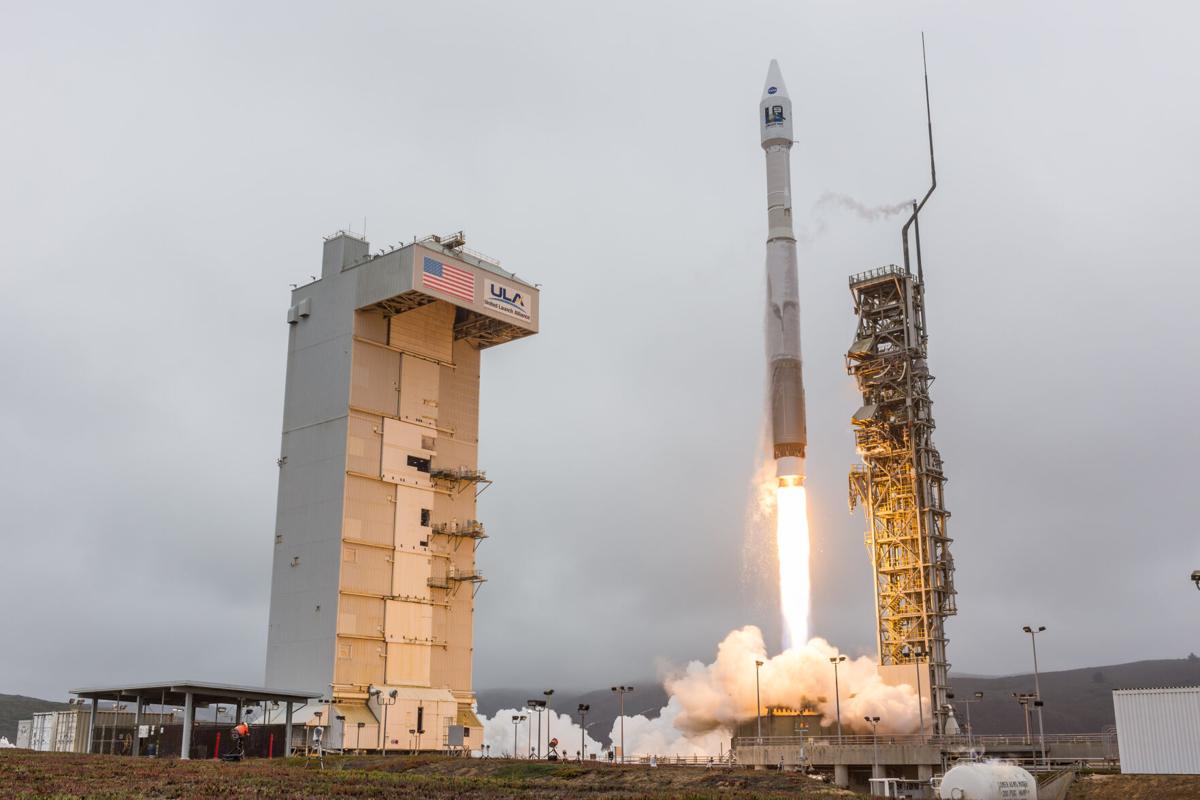 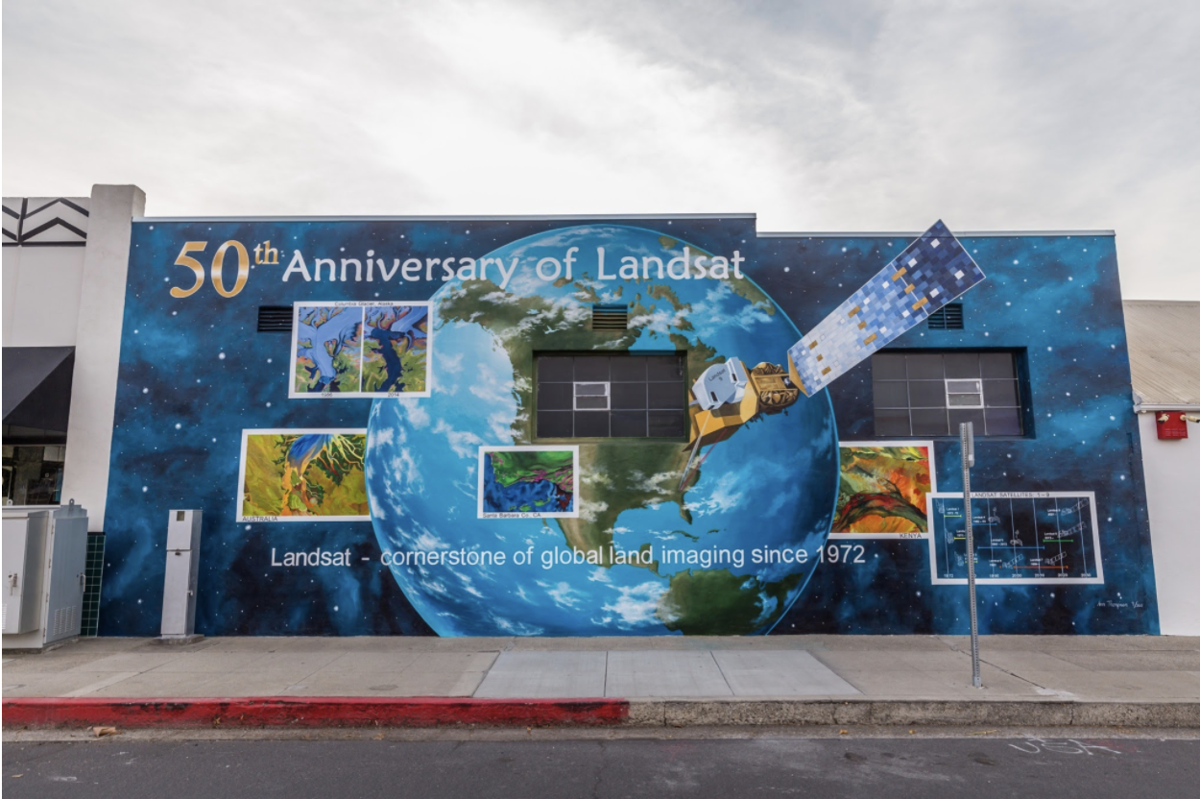 Building on a 49-year legacy of uninterrupted Earth observation, NASA’s ninth Landsat satellite launched atop an Atlas V rocket from the Vandenberg Space Force Base in California on Monday, Sept. 27, glowing under a persistent marine layer.

At 11:12 a.m. PST, the Alabama-built United Launch Alliance Atlas V rocket set two records as it rose away from its mountainous launch complex – the 300th Atlas launch from the central California launch site, and 2000th launch conducted by the Vandenberg Space Force Base.

The launch continued to build upon one of the most successful Earth observation programs in history. From the first launch in 1972, the Landsat program has continuously monitored our ever changing planet by employing a suite of multispectral sensors, building a long-standing record for scientists to analyze, according to a fact sheet made available to the news media by the USGS.

Landsat data is freely available to the researchers and the public, permitting the monitoring of climate change, wildfires, fresh water supply, agriculture, and the all-encompassing resource utilization. This irreplaceable record is used to inform public policy and environmental groups across the globe.

“Today’s successful launch is a major milestone in the nearly 50-year joint partnership between USGS and NASA who, for decades, have partnered to collect valuable scientific information and use that data to shape policy with the utmost scientific integrity,” said Secretary of the Interior Deb Haaland, in a NASA press release. “As the impacts of the climate crisis intensify in the United States and across the globe, Landsat 9 will provide data and imagery to help make science-based decisions on key issues including water use, wildfire impacts, coral reef degradation, glacier and ice-shelf retreat, and tropical deforestation.”

Hallmarking the importance of the Landsat program to the local community, the town of Lompoc, California, home of the Vandenberg Space Force Base and known to locals as “Space Country,” commissioned a special mural on a building downtown. The mural highlights the program’s contributions to Earth science, and the 50th year legacy the town has been involved in since 1972.

“It makes me feel proud not only to live in the place where they launch these things from, but to be from the place where all those images go,” said Ann Thompson, the artist responsible for painting the mural in Lompoc.

NASA’s Launch Services Program, based at the Kennedy Space Center in Florida, was responsible for selecting the Atlas V rocket and spent years preparing for the launch. Despite the launch occurring in California, LSP was there every step of the way, integrating the spacecraft with the launch vehicle, and supporting mission assurance.

Landsat 9 marked the 145th launch for Atlas manufacturer ULA, with 100% mission success, and the 88th launch of the Atlas V rocket, according to a post-launch press release distributed by ULA. This mission marked a swansong for the venerable Atlas V, as it was the penultimate flight of the rocket from the West Coast. After the final launch next year, its launch complex, SLC-3E, will be overhauled for ULA’s much-larger next generation rocket, Vulcan.

“We are proud to continue to serve as the primary launch provider for Landsat missions. ULA and our heritage launch vehicles have launched every successful Landsat mission since 1972,” said Gary Wentz, ULA vice president of Government and Commercial Programs, in a statement to the media prior to launch. “The Landsat series provides outstanding data for Earth environment and science-based research and Landsat 9 will add to these capabilities. We have worked alongside our partners, in a challenging health environment, to prepare to launch this important mission that will empower Earth research from space for decades to come.”

The Colorado-based ULA still has a few more launches remaining this year, all occurring from Florida. The next planned launch is an Atlas V in the same configuration, carrying NASA’s Lucy asteroid explorer. The launch is currently scheduled from Oct. 16, in the pre-dawn hours, according to a ULA blog.