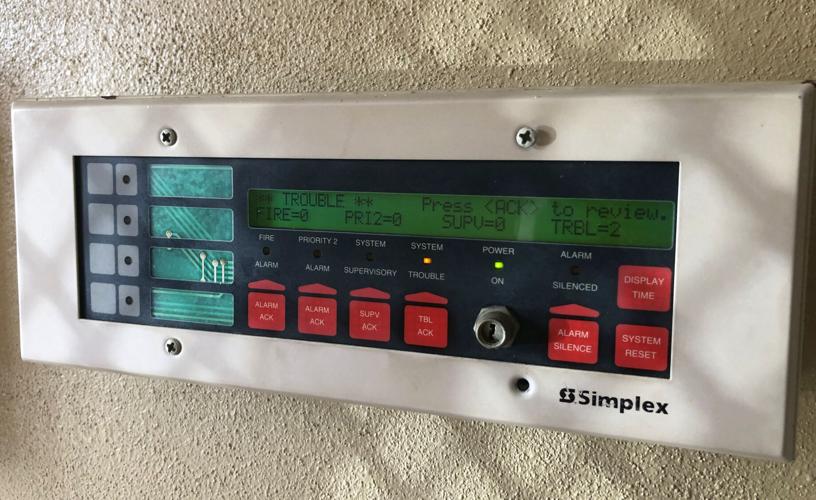 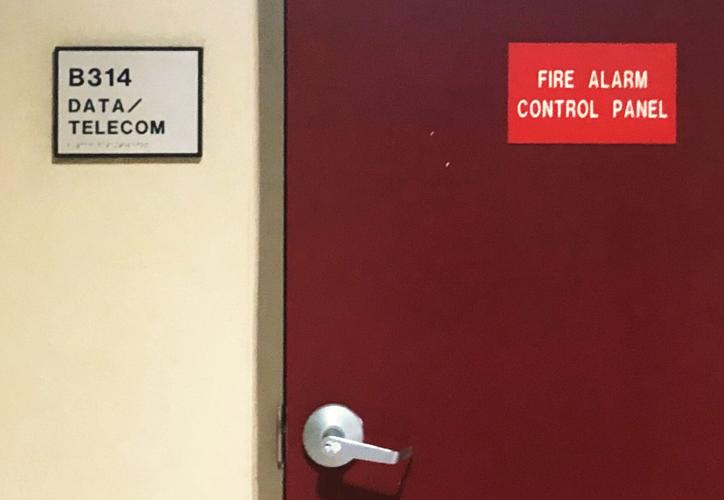 The fire alarm control panel room on the third floor of Farmer Hall.

For most of the semester, Farmer Hall and the neighboring buildings have been troubled by a fire alarm plate on the ground floor constantly going off.

The lights and alarms were tested in the dorm on Nov. 16 following a part being replaced. Owing to the gridlock of the situation, the ground floor plate has not been fixed.

“We work with an outside company to manage the maintenance. It’s Security that’s addressing those things,” Adam Demers, director of Housing, said.

The alarm plate has been manually suppressed on several occasions when a security guard is on duty nearby, but these instances are few and far between. The plate resumes its false alarm after a silence of minutes.

“It’s on [Security’s] radar. I know they were coming out to look at it in the halls,” Norm Cole, assistant director of ResLife, said.

On Nov. 28, security officers in the B314 data and telecoms room sent in a service request to address the alarm plate. Cole likewise promised to put in a work order.

The Office of Security could not be reached for comment.

“The biggest thing for students to do for the fire alarm system, if it’s not being addressed; we can always contact the Housing office and have them look into it,” Demers suggested as a contingency.

Resident assistant Dylano Manohar brought up the issue as the first question during the Dec. 1 hall closing meeting. He affirmed that ResLife is also coordinating to solve it, promising that the alarm will be fixed by the start of the spring semester.