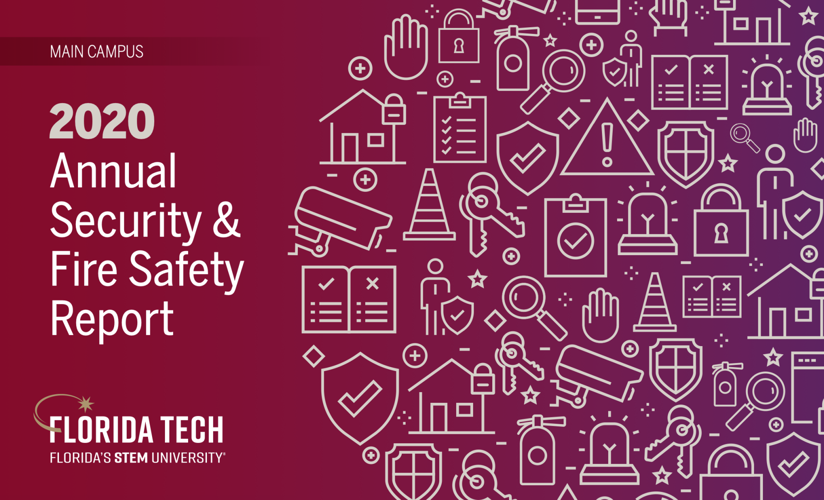 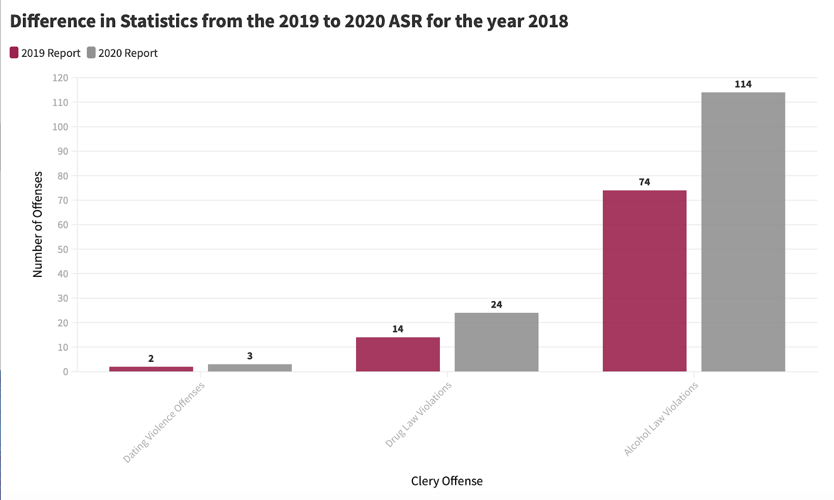 In an effort to meet the compliance requirements of the Clery Act, Florida Tech has introduced new policies and the security department has undergone additional training.

According to the Clery Center, the Clery Act is a consumer protection law that requires all colleges and universities to submit an Annual Security Report on Oct. 1, “to provide transparency around campus crime policy and statistics.”

The Florida Tech 2020 ASR was published on Dec. 18 instead of Oct. 1 in response to a delay announced by the Department of Education due to the COVID-19 pandemic. The report can be accessed here, or a copy can be obtained at Florida Tech’s Department of Security’s office located on the first floor of Shaw Hall.

The VAWA section of the report includes information on the university’s educational programs to promote the awareness of dating violence, domestic violence, sexual assault and stalking and the procedures and services available that students and employees should follow in the event they do become a victim of one of these offenses. This section on page 51 of the report also includes a fully fleshed-out process for following Title IX procedures.

The Drug, Alcohol, and Substance Abuse Policy Statement section of the report consists of a page stating Florida Tech’s commitment to creating and maintaining an environment free of alcohol abuse, the university follows federal and state drug laws, and includes a link to the university’s drug and alcohol policy which can be found here. This section also states that in compliance with the Drug Free Schools and Communities Act, the school has a drug and alcohol abuse and prevention program.

Frank Iannone, Director of Security and Clery Compliance Coordinator at Florida Tech, stated that the 2020 report included much more additional information when it came to Title IX, the Drug Free Schools and Community Act, and Student Compliance and Student Conduct.

“Those were major additions, whether it was just increased information or categories that were not accurately disclosed or covered in previous reports,” Iannone said.

“Once an institution is made aware of Clery Act reporting errors, they are expected to make corrections the next time they publish the data,” Daniel Carter, the President of Safety Advisors for Educational Campuses, said. “If the numbers for the same year increased this would be consistent with the reporting gaps previously reported by the Crimson.”

Iannone stated that the statistics in the final 2020 security report are the most accurate up-to-date statistics.

While the annual security report for Florida Tech has implemented new procedures and included more information, the security department has also undergone additional education and training.

This past year Iannone attended additional Clery classes and is on track to become a certified Clery Compliance Officer by the summer of 2021.

“It was something that I saw was necessary to really do the job accurately,” Iannone explained.

While Iannone is working towards ensuring he has the information necessary for Florida Tech to be compliant with Clery law, he has also introduced additional methods of review.

“About a year ago now, I established a Clery Compliance Committee which meets biannually to review all of the policy statements,” Iannone said.

Rinck stated that she wanted to learn more about the Clery act, as well as “how the crime stats are counted and what exactly the Clery crimes consist of for the annual security report.”

Rinck explained that after completing the course, she has a better understanding of the annual security report she reviews.

“It gives the school two sets of eyes,” ensuring that, “the statistics under review are accurate for the annual security report,” Rinck said.

Iannone said he believes there is still much to improve upon moving forward, and hopes that in the 2021 report these changes will make the report more clear and the statistics more readable.

“Our entire goal here is really to be the model going forward for any university as far as it comes to Clery,” Iannone stated.